Hello, Everybody! Thank you for stopping by.

Today, I am excited about presenting another guest author who will share her literary journey and other talents. Sonia Johnston and I were two of seventeen authors who contributed to the Best-selling book Single Mama Dating Drama, published by Brown Girls Books.

I am taking a bow as I present Sonia Johnston. 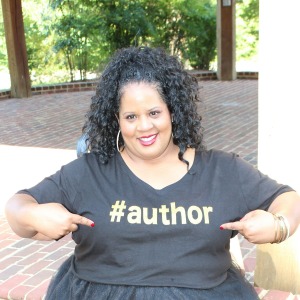 Best-selling Author, Sonia Johnston, was born in Richmond, Virginia during the time of eight-track tapes and analog television. Though technology has changed, a few things have remained the same: her enduring love of music and books.

An early reader, Sonia found herself drawn to her mom’s extensive collection of albums, which included superb songwriting and her mom’s extensive book collection. She could easily spend an entire day listening to Stevie Wonder, Chaka Khan, or Earth, Wind, and Fire while reading any and everything from Nancy Drew to The Catcher in the Rye. She realized that learning music notes were not her thing, but writing was totally within her grasp. She wrote everything from plays to poetry that later evolved into raps and songs. While maintaining her own business, she juggled wife and mom duties, and started writing, but stopped without completing five different novels.

In 2015, Sonia made the decision to get back on track with her writing. So, she dusted off a novel that she had started almost ten years earlier. She worked on the plot issues and enrolled in writing classes led by NAACP Award-Winning Author, Victoria Christopher Murray. After taking additional classes and gaining more confidence, she had a vision of the right character in mind when Brown Girls Books opened submissions for their anthology Single Mama Dating Drama. She developed a story to fit her character, prayed, and sent it off. A few months later, her short story was accepted for publication, and Sonia received loads of excellent feedback on Hundred Dollar Money.

Afterward, she set out to finish one of her novels, but not before submitting her second short story, Home for Christmas, to the Brown Girls Books anthology All I Want for Christmas. Again, she was thrilled when she found out that her story had been accepted for publication.

Currently, Sonia is still committed to the two things that wowed her initially. In September, she will host a radio show on WQMIX, and she is going into the studio to produce three songs all while continuing to work on her full-length novel. She is determined to finish her songs and her novel before the end of 2017. You can keep up with her on Facebook and Instagram at sonia.lovestowrite; on Twitter at sonias_pov; and her website at www.sonialovestowrite.com.